Till the cows come home...

I don't know why I named this post what I did.  I guess it was the only thing that came to mind when I thought of what I was going to talk about.

It's been a long, long time since I posted last.  Things have been busy.  Most importantly I became a Grandmother.  Lilly came into this world on March 20th.  Kristen, our daughter and Lilly's mom, had a hard time of it.  Long story short, the birth ended in an unplanned c-section with lingering issues.  Everybody is doing just fine now but I was called in to help out for a while.  I didn't mind a bit.  Kristen and Lilly are doing wonderfully!

I did get some rug hooking done!  I would like to introduce Indiana.  I took the picture of this cow several years ago in Indiana while visiting relatives.  She's been "on the list" of  to-dos for quite a long while.  Needless to say she's done except for the framing. 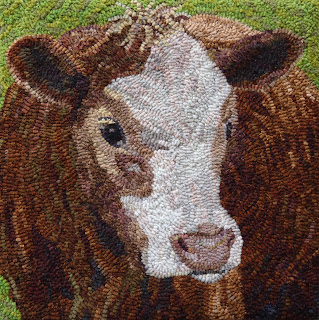 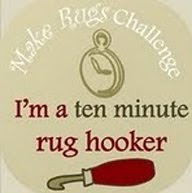